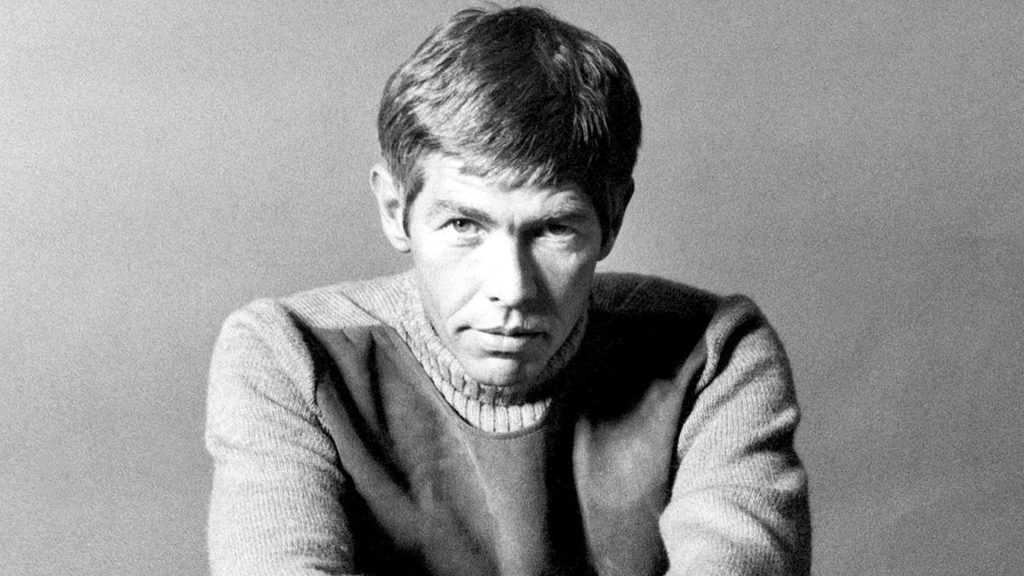 James Coburn was the epitome of a “macho man” with his rugged good looks, gravelly voice, and magnetic screen presence. He appeared in over 80 films and made over 100 television appearances during his 45-year career. Coburn played a wide range of roles and delivered an Oscar-winning performance for his supporting role in the 1998 film, Affliction.

Coburn was born on August 31, 1928 in Laurel, Nebraska and moved to the Los Angeles suburb of Compton where he lived with his parents until enlisting in the Army in 1950. Coburn was stationed as a soldier in Mainz, Germany where he ultimately found his calling for film after providing narration for several Army training films. Upon his return to the States, Coburn moved to Los Angeles and enrolled in drama classes at Los Angeles City College. He took part in various school productions and eventually made his critically acclaimed acting debut at La Jolla Playhouse in a production of Billy Budd opposite Vincent Price. After a few years in Los Angeles, he moved to New York and studied acting at Stella Adler’s conservatory. After a few years in the Big Apple—with his Equity, SAG and AFTRA cards in hand—he returned to Los Angeles to pursue more roles in television and film.

Coburn worked steadily in Los Angeles, primarily in television, appearing in hit shows including Bonanza, The Restless Gun, Bronco, and Alfred Hitchcock Presents. In 1959, Coburn made his film debut in Ride Lonesome. That same year he obtained two other supporting roles in the minor Western, Face of a Fugitive, and the action-packed Western, The Magnificent Seven. The Magnificent Seven established Coburn as a masculine and heroic figure alongside Hollywood tough guys like Steve McQueen, Charles Bronson, and Yul Brynner. Director John Sturges then cast him in WWII blockbuster The Great Escape, featuring an all-star cast including McQueen, James Garner, and Richard Attenborough. The film became one of the highest-grossing films of the year and helped strengthen Coburn’s stature as a marquee actor. Over the next few years, he was cast in a variety of supporting roles, appearing in Charade, The Americanization of Emily, and Major Dundee, among other movies.

In 1966, Coburn won his first major starring role in the box-office hit Our Man Flint, as a swinging 1960s spy, which later inspired Mike Myers’s comedic character in Austin Powers: International Man of Mystery. Coburn used his stardom to start up his own production company, which produced The President’s Analyst, a political satire. Coburn later co-directed the 1978 film, Convoy.

Up until his death, Coburn appeared in numerous films, including Maverick and Payback, which he starred alongside Mel Gibson, Eraser alongside Arnold Schwarzenegger, and The Nutty Professor with Eddie Murphy. After appearing in more than eighty films, Coburn stunned audiences and critics delivering his most acclaimed performance to date with his portrayal of an abusive, alcoholic father in Affliction. In March 1999, Coburn won an Academy Award for the role as Best Supporting Actor and cradled the golden statuette in his arm backstage cheering, “Whoopee! It’s nice!”

Besides acting, Coburn had a love for cars, which began with his father’s garage business and continued throughout his life, as he exported rare cars to Japan. He is credited with introducing Steve McQueen to Ferraris and, in the early 1960s, owned a Ferrari 250 GT Lusso and a Ferrari 250 GT Spyder California SWB. His Spyder was the thirteenth of just fifty-six built.

Coburn was also a family-man, marrying Beverly Kelly in 1959 and adopting her daughter from a previous marriage, Lisa Coburn. The couple had a son together, James H. Coburn IV. The two divorced in 1979. Coburn later met Paula Murad and they married in 1993.

James Coburn died of a heart attack on November 18, 2002 and his wife, Paula, later passed on July 30, 2004 at the age of 48 following a battle with cancer. The James and Paula Coburn Foundation (JPCF) was created as a continuation of their legacy.

The JPCF was conceived to support projects harmonious with the Coburns’ values and beliefs. After Jim’s death in 2002, Paula labored tirelessly to preserve his memory, including continuing to work on his unfinished autobiography. Tragically, she was diagnosed with cancer the following year, but before she died in 2004, she designated a list of organizations they both highly regarded to be the sole beneficiaries of this Foundation. The JPCF supports charitable organizations devoted to the arts and sciences and involved in the conduct of treatments or cures for cancer and the care of indigent cancer patients. Specifically, the Foundation supports the LA Philharmonic, the LA County Museum of Art, the Clairbourn School, KCET Community Television, the Motion Picture & Television Fund, and Operation Smile. The JPCF is committed to upholding the Coburns’ dedication to local and international advancement through music, art, and education, as well as, physical and spiritual health.